My Tribute to Irish Cinema. Music and Movie Selections by Sharon Abella, Editor of One World Cinema

The lyrics to the “U2” songs correlates to the storyline of the films.  Click on the links below the movie posters to watch the videos. 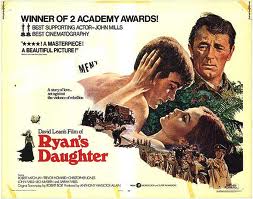 “The Commitments”/”Stuck In A Moment”

“In The Name of The Father”/”Sunday Bloody Sunday” 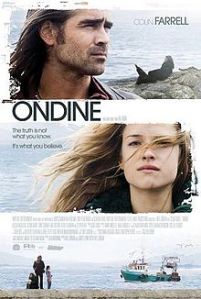 Editor of One World Cinema

I am “Yogawoman,” hear me Om!  As strange as this may seem, until fairly recently, the ancient Indian tradition of yoga, was practiced only by men.  It has been written in Indian scripture, that women were thought of as obstacles to enlightenment and were not invited to participate.  Today, out of the 20 million people who practice in the US alone, 85% of them, are women. This physical, mental, and spiritual philosophy has helped many people find purpose in their lives, overcome obstacles, and alleviate pain and suffering. Yoga is so mainstream nowadays, it can be found in gyms, retreat centers, spas, schools, hospitals, prisons, and churches. It is a multi-billion dollar industry.

In modern day society, women face constant societal pressures to be everything to everyone, and are overwhelmed with trying to balance work, family, and friends, all while trying to maintain a sense of identity and youth. An alarming 90% are dissatisfied with their appearances. Yoga helps us to get in tune with our bodies, and has been structured for women at every stage of their lives.  There are now classes offered  centering around pregnancy, menstruation, menopause, obesity, children, teens, and disease-stricken. Programs such as ‘Off the Mat, and Into The World’,  have also used yoga on a global level, and have helped improve rural villages in Africa. Giving back while improving lives, they have built community and birthing centers that will be used for generations to come.

My grandfather practiced yoga religiously everyday from the late 1960’s until his recent pleasant passing in his sleep in New Mexico. He lived to be 93 years old.  As a former gymnast and a yogi myself, I have been blessed to have studied with Enlightened Masters, Sri Swami Satchidananda (1914-2002), Satguru Shri Mahayogi Paramahansa, and Sri Dharma Mittra.

“Yogawoman” opens in NYC October 19th, and in LA on October 26th.

You are currently viewing the archives for August, 2012 at One World Cinema.