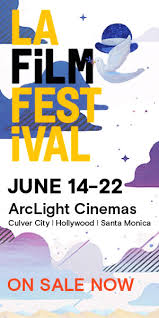 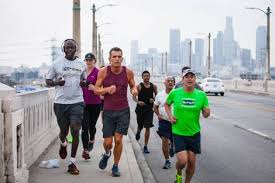 What is the “Skid Row Marathon?”

The documentary, “Skid Row Marathon,” begins with Los Angeles Superior Court Judge, Craig Mitchell, finishing a run through the city streets, jogging past tarps and tent cities of homeless, and into his courtroom, where he sentences criminals, often, to very long life sentences.  Although the criminals have committed the wrongdoings, the Judge feels an emotional strain from the impact the sentences will have on the rest of their lives.

To offset the toll his daily routine takes on him, the Judge created a running club at the Midnight Mission in LA’s Skid Row area in Downtown, LA, which contains one of the largest populations of homeless in the United States (5,000-8,000).

Some of the members who joined the running club had served time for their crimes, have battled drug and alcohol addictions, and/or were homeless at one point or another. The long distance, early morning runs, not only trained them for 26.2 mile marathons, but also gave them a sense of purpose, discipline, and an opportunity to meet others with difficult living situations.  By running, they tested their strength and endurance, learned to team build, worked through their demons, and did what they never thought was possible, traveling to places they never thought they would ever have the opportunity to travel to.

Not only do the participants train to run long distances, they also demonstrate their drive to accomplish life goals, for example, continuing education,  building a career in the arts and music, finding employment, and helping others and their families who were in situations similar to theirs.  Observe the Midnight Mission’s running club members take their literal steps in the right direction, and see who will achieve their goals, and who will fall by the wayside. 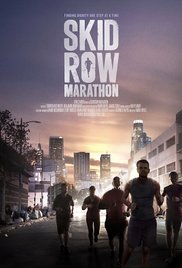 You are currently viewing the archives for June, 2017 at One World Cinema.