“At Berkeley” by Frederick Wiseman

The legendary social documentarian, Frederick Wiseman, made the 1968 fly on the wall documentary about interactions with teachers and their students at Northeast High School, entitled, “High School,” and other similar works entitled, “Hospital,” about NYC’s “Metropolitan Hospital’s ED,” “Domestic Violence,” “Public Housing,” “The Cool World,” about life in a youth gang in Harlem, and “Titicut Follies,” about the inner workings of a mental institution in Massachusetts. He is probably the reason there are HIPAA privacy laws now in place, however, his films are riviting.

“At Berkeley,” a 4 hour documentary, as you can probably guess, goes inside the classrooms, administrative faculty staff meetings, and on campus arts and entertainment performances demonstrating the inner workings of one of the nations top universities. Wiseman quietly and non obtrusively places the camera on the subjects allowing people to be themselves and conduct business as usual without asking any questions. The viewer feels as if they are in the same room with the subjects. 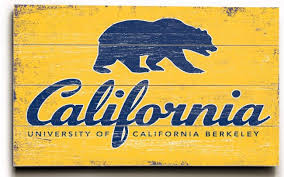 Not surprisingly, many of the vignettes discuss the economics of what it’s like to attend the higher learning institution and the challenges faced to financially run the facility. Other discussions include, the minority viewpoint, how to fight inequality and how to make a difference, former graduates of the University discussing the differences from then and now, the new facebook generation, a computer programmer who gets a robot to pick up a towel, a professor teaching his class about the concept of time and the laws of physics,

e-legs, the lightweight battery powered exoskeleton, which gives paraplegics new legs, and gets them out of the wheelchair and walking onto their feet. The exoskeleton consists of a robotic frame controlled through crutches. The crutches contain sensors; putting forward the right crutch moves the left leg, and vise versa. The eLEGS battery can enable a user to walk for one day before it needs to be recharged, according to the product’s developer Berkeley Bionics,

how ordinary people are responsible for social change, however, do not get the credit they deserve, what drives leaders to make those changes? A class discussing Henry David Thoreau, a janitor cleaning up, people just walking along naturally in the hallways and courtyards, a student crying because she feels guilty that her parents have to work so hard for her to attend the school, priorities of people who spend $30,000 for a new car as opposed to higher learning, the lawnmower on campus, tenure, cancer research, the Free Speech Movement Cafe, television news crews interviewing a student discussing the California budget, and egalitarianism, tai chi, lunges, a tight rope walker, the classroom of Richard Reich, the American political economist, professor, author, and political commentator, who served in the administrations of Presidents Gerald Ford and Jimmy Carter and was Secretary of Labor under President Bill Clinton from 1993 to 1997, and star of “Inequality for All,” discusses the organizations missions, and rewarding honesty. 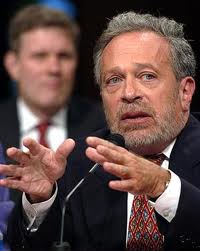 A researcher on the Hep C virus, the Executive Vice President, layoffs, an increase in tuition, salary cuts for faculty, their competitors Yale and Princeton, study groups and racial discrimination, dancing in the courtyard, their sports arena and marching band, military training, police activity, the BART system, protestors, faces of students on a wall mural, a march held on Oct 7 with students who feel education should be free, the chancellor speaking to the media, the library, supernovas, the international admissions process, and reaching the brightest star, Sirius.

After watching four hours of footage, you feel as if you know your way around the campus without even needing a map, and as if you have received a degree from the University, without having paid the tuition.

You are currently reading “At Berkeley” by Frederick Wiseman at One World Cinema.