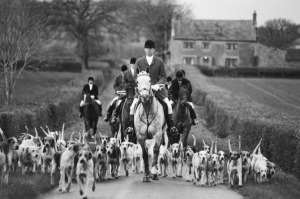 Based on a true story, Foxcatcher, opens with black and white clips of equestrians with their hunting dogs, and quickly turns to Mark Schultz (Channing Tatum), wrestling with a dummy alone on a mat in a gym. 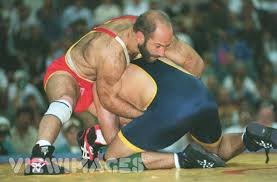 It’s March, 1987, and Mark is wearing a gold medal around his neck and talking to an auditorium full of young children about his wrestling career. “Both he and his brother Dave (Mark Ruffalo), have competed in some of the world’s toughest competitions. Dave, earned a silver medal and was the highest-placed American in the Tblisi Tournament in Soviet Georgia, and in 1984 both Mark and Dave won Olympic Gold. The following year Mark won the World Championships and faced all the Eastern bloc countries that boycotted the 1984 Olympics. In the World Finals, Mark built a 10-2 lead after one minute and won 10-5. Dave Schultz is the only 1984 Olympic Champion to win the 1983 World Championships and Mark is the only 1984 Olympic Champion to win the 1985 World Championships.
http://en.wikipedia.org/wiki/Mark_Schultz_(wrestler) 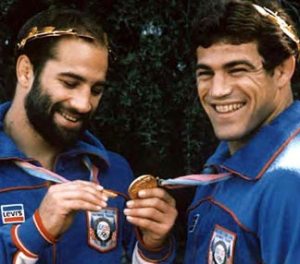 Sitting on the couch playing a handheld electronic Mattel video game, the phone rings. A very official sounding representative for John du Pont (Steve Carell), invites Mark to the du Pont estate in Pennsylvania to meet with the John du Pont, an eccentric, multi-millionaire, in person.

After going through a background check, Mark meets with John, who talks very slowly, and appears to exhibit signs of Asperger’s or schizophrenia. He asks Mark what he hopes to achieve in life. When Mark tells him that he wants to go to the World Championship and Seoul, Korea for the 1988 Olympics, John explains his belief that “our nation has failed to recognize you. I am a patriot and I want to see you soar. I think that without your brother, you can do anything you set your mind to.” He allows Mark and other wrestlers to live and train on his estate.

As the movie continues on, and the relationships become more complicated, an ominous feeling that something terrible is going to happen, lurks.

You are currently reading Winner of Cannes Film Festival 2014 for Best Director, as well as, a strong Oscar Contender, “Foxcatcher” Nov 14, 2014! at One World Cinema.