Covering all aspects of mountain and adventure sports culture, the film genres shown at ‘KMF’ include wildlife, outdoor sports, and environmental documentaries. Their vision is to encourage more people to explore the great outdoors. 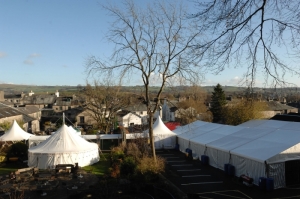 Every single film being shown this weekend looks AMAZING!

Cumbria, home to the Lakes District, England’s largest National Park, and perhaps the most idyllic countryside in the UK, is also renown for the illustrations and writings of English author, Beatrix Potter (July 28, 1866- December 22, 1943), and her children’s books about animals and the British landscape (The Tale of Peter Rabbit). She is credited with preserving much of the land that now comprises the Lake District National Park. ‘Miss Potter,’ starring Renee Zellweger, is a lovely film depicting the life of Beatrix Potter.

This beautiful area spans over 40 miles and is home to the famous Lake Windermere. 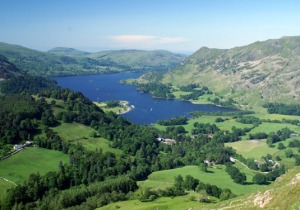 “The Hunt for Hipmasama,” directed, produced, and edited by UK surfer, Oli Adams, is just one of the great films being shown this weekend.

Professional surfer, Oli Adams, had a photo of a perfect wave. After years of inquiring as to who took the photo and where the location was, he finally figured it out and was invited to his home to surf this remote, isolated island inhabited by only 50 people. His name (last name is not disclosed as to probably protect the anonymity of the unchartered surf spot), is Andy. Andy lives the surfers dream, riding uncrowded, perfectly barrelled, beautiful, naturesque, picturesque waves, all alone. Oli realizes the risk involved, as there is no one really around to help out in the event of a problem. There is no real transportation off the island to the mainland, if need be. Ferries that do arrive, only do so, once a week, if that, as the pier is so small, the weather, unpredictable, and the water, often too choppy to dock, that they may turn around and wait until next week to try again. Cars have to be crane lifted on and off the ferry, as no cars can drive off the boat.

You are currently reading Kendal Mountain Festival, Film Festival for Outdoor Enthusiasts at One World Cinema.