Award winning photographer and ‘witness of the human condition,’ Sebastiao Salgado, has traveled the world a few times over capturing photographs for his books: 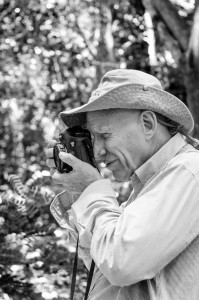 Other Americas: 1977-1984 – The People of the Andes Mountains, Argentina, Chile, Bolivia, Peru, Ecuador, his homeland, Brazil, and Mexico.

Workers: 1986-1991 – Archeology of Industrial Areas. Paying homage to the men and women who build the world. Travel to the oil fields in Kuwait.

Genesis: 2004-2013 – Landscapes and wildlife- a more optimistic view of the Earth’s regeneration.

Directed by Wim Wenders/”Buena Vista Social Club,” along with Sebastiao’s son, Julian Ribeiro Salgado, “The Salt of the Earth,” captures Sebastiao’s mesmerizing, soul-fulfilling life. He gave up a well paid career as an economist to become a photographer instead.

You are currently reading “The Salt of the Earth”/ “Le Sel de la Terre” at One World Cinema.