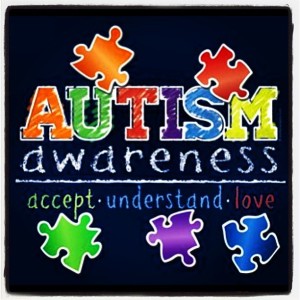 Autism was first diagnosed in 1943 by psychiatrist, Dr. Leo Kanner.

Impaired social interactions, difficulties communicating and interpreting social cues, engaging in repetitive movements such as rocking and twirling or self-abusive behavior such as biting or head-banging, and lacking empathy are just some of the characteristics that make up Autism Spectrum Disorder (ASD), or a range of complex neurodevelopmental disorders or neurobehavioral disorders, and abnormalities in neurotransmitter levels.

Although ASD varies significantly in character and severity, it occurs in all ethnic and socioeconomic groups and affects every age group. About 1 in 68 children has been identified with Autism Spectrum Disorder, according to estimates from CDC’s Autism and Developmental Disabilities Monitoring Network. Males (1 in 42), are approximately four to five times more likely to have an ASD than females (1 in 189).

Although controversial, there is no scientific data to prove that thimerosal, an ingredient in vaccines, causes autism. There is a genetic component.

Many with ASD also have depressive (5-82%) and anxiety (7 to 50%) disorders. It is challenging to diagnose depression in those with autism, because assessment of depression relies mainly on communication skills. The prevalence of any type of comorbid psychiatric disorders among individuals with ASD ranges from 65% to 85%. -Oren Shtayermman, MSW, PhD

“Autism in Love,” a 75 minute Documentary screening at the Tribeca Film Festival 2015, observes the relationship between Stephen and his wife of 17 years, Gitta, the courting stage between Lindsey and her boyfriend Dave, and a bachelor named Lenny, who is still looking for that certain someone, and has a few requirements that his perfect mate must meet.

The film answers the question “Can someone love you without truly understanding you?” The answer is “Yes”!

Screenings for “Autism In Love”

You are currently reading ‘Autism In Love’ at Tribeca Film Festival 2015 at One World Cinema.