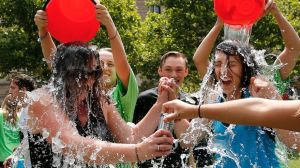 ALS is a progressive neurodegenerative disease involving the upper and lower motor neurons that control voluntary movement. When neurons can no longer transmit impulses to the muscles, the muscles begin to atrophy and weakness increases over time. ALS is an age-dependent disease in which incidence and mortality rates advance with increasing age. A patient’s average age at diagnosis is 55. The disease incidence is two per 100,000, with a prevalence of six to eight cases per 100,000. According to The ALS Association, based on population studies, about 5,600 new cases of ALS are diagnosed each year. ALS is 20% more common in men than in women.

ALS can cause the weakness of any voluntary muscles. Patients with ALS will exhibit weakness of the legs, hands, proximal arms or oropharynx (with slurred speech or dysarthria, or difficulty swallowing). Many times, the hands are affected first, usually asymmetrically. Painless difficulty with buttons or turning a key is an ominous symptom in midlife. Gait is impaired because the muscles are affected first. Alternatively, a spastic gait may occur. Slowly the weakness will become more severe and more areas of the body will be affected, leading to an increased life of dependency. Muscle cramps caused by the hypersensitivity of denervated muscle and weight loss are characteristic symptoms. The weight loss results from the combination of muscle wasting and dysphagia. Respiration is usually affected late but occasionally may be an early or even the first manifestation. ALS continues in a steady, relentless fashion until respiratory function is impaired by diaphragmatic weakness. Most patients die of respiratory failure within three to five years from symptom onset, while a few patients have a rapid course, dying within a year. About 10% of patients with ALS live longer than 10 years.
by Dallas A. Forshew, RN, BSN and Rachel Palmieri, RN-C, ANP, MS and Mary Lyon, RN, MN

“Transfatty Lives” a film by and about Patrick Sean O’Brien, was shot over the course of 10 years. NYC DJ, internet personality, and filmmaker was making a film in the Howard Johnson’s on the boardwalk in Asbury Park, NJ, when his legs started shaking and his pointer finger became weak. In the year 2000, he was diagnosed with ALS and given 2 to 5 years to live. Sean turned this negative experience into a positive one, by having a good attitude, turning difficult situations into humorous ones, fundraising and raising awareness, and documenting his entire journey in “Transfatty Lives”.

You are currently reading “Transfatty Lives” one man’s positive outlook on getting ALS or Lou Gehrig’s Disease, Tribeca Audience Award Winner: Documentary at One World Cinema.