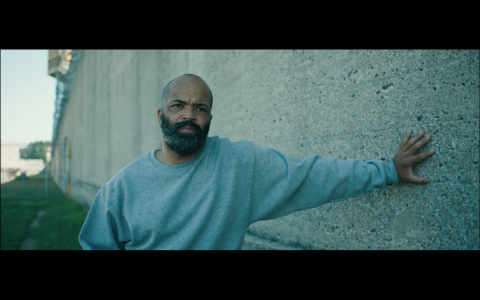 Winner of the Best Actor in a U.S. Narrative Feature Film category at the Tribeca Film Festival 2018-Jeffrey Wright in “O.G.”

Tony, Emmy, AFI, and Golden Globe Award-winning actor, Jeffrey Wright (“Westworld,” “Hunger Games: Catching Fire & Mockingjay Part 2,” “Basquiat,” and the upcoming film, “The Goldfinch”), plays Louis, an incarcerated African American male in a maximum security prison in Indiana. Once “the mayor” of one of the prison gangs, Louis only has 40 days left to serve out of his 60 year sentence, which was reduced to 24 for good behavior.  He is nervous about transitioning to the outside world and daydreams about what life will be like, seeing the ocean, getting a job, and his family.  As you watch the film you will learn what he did wrong, his attempts to make amends, the politics and his social standing with the other inmates, and the inner workings of the prison and gangs.   When he takes a young inmate under his wing and tries to teach him how to not make the same mistakes that he did, Louis’ release date and final stretch to freedom are put to the test.

“O.G.” or “Original Gangster,” was filmed in a maximum security prison, and hired both professional actors and real prisoners.  Hours of interviews were conducted with inmates, gangs, men retired from gangs, social workers, internal affairs officers, and staff.

You are currently reading “O.G.” at One World Cinema.