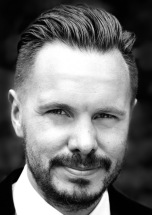 The World Premiere of “The Quiet One” was held on 5/2/2019 at the world-renowned Tribeca Film Festival, and NOW, the film will open on June 21, 2019 on Sundance Selects, Video On Demand.

You have heard of Mick Jagger, Keith Richards, Ronnie Wood, Charlie Watts, and most likely even Brian Jones, however, this film, directed by Oliver Murray, is about “a man of few words who came from a working class background,” former founding member of “The Rolling Stones,” the bass player, Bill Wyman. Wyman has kept a daily journal since he was young (post WWII), has published seven books, taken thousands of photographs, and shot hours of unseen film footage.  “The Quiet One” takes a behind the scenes look at his life, relationships and world tours utilizing the unseen film archives from his personal collection. Bill discusses the musicians who helped influence him escape a bleak post war London, and turn him into the humble rock legend who has toured with the Rolling Stones from 1962 until 1993.  He owes a debt of gratitude to Chuck Berry, Bo Diddley, Muddy Waters, Howlin’ Wolf and Ray Charles.  Must see.  It is very moving.

You are currently reading “The Quiet One” at One World Cinema.